As I Walked Out One Winter Morning II

It stopped raining last weekend for a few hours so I took the dogs and the camera for a walk. 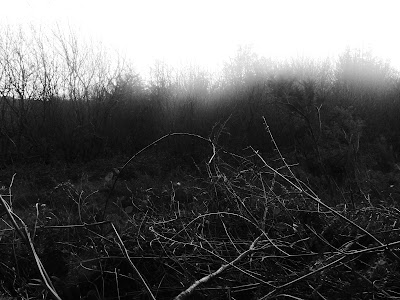 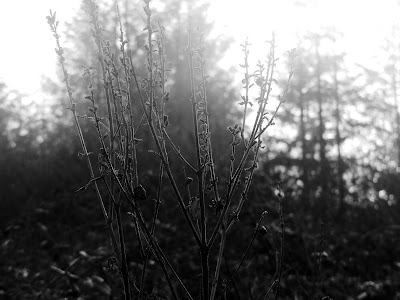 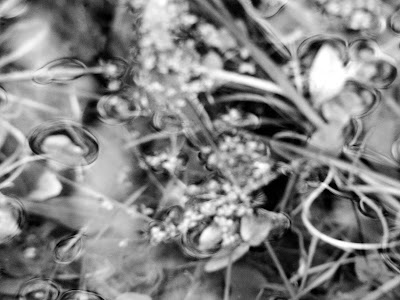 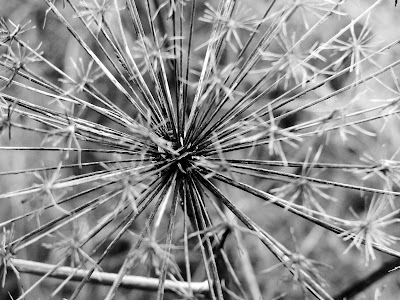 I did it.  My first solo print show.  (Note the 'first' in that sentence expresses the hope that there will be more to come).

It was very stressful.  For months I thought about little else, yet actually going into the studio was hard.  It made it real and opened up the possibility for disappointments, for maybe realising I am not as a good a printer in real life as I am in my head.  I struggled with visualising the concepts and ideas I had in mind for the show, but funnily enough, never doubted that the concepts were wrong.  I still think they were right and I think the prints I made expressed them well and left the ideas and the visuals open enough for future work to develop.

Statements and images from the opening night are below.  I would like to thank again Limerick Printmakers for the opportunity, Isabella Walsh and Tom for helping me put up and take down the show, Blackstack Studio in Kilkenny for tolerating rice everywhere as I worked on these prints, Ormston House for the loan of the video screen, Des McMahon for opening the show and everyone who braved the stormy Limerick night to be there. 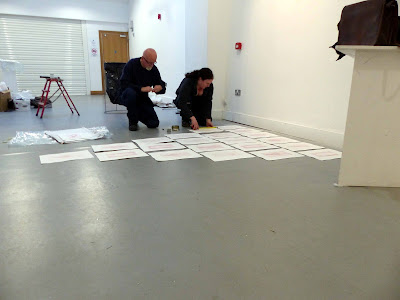 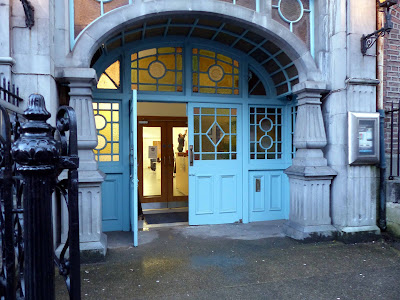 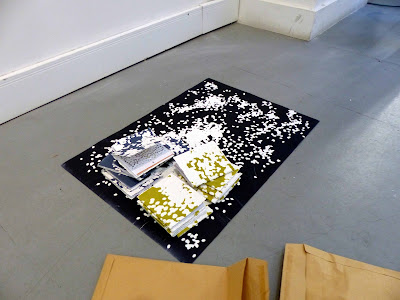 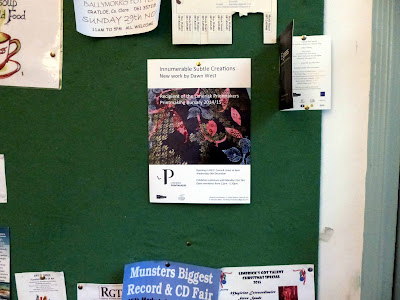 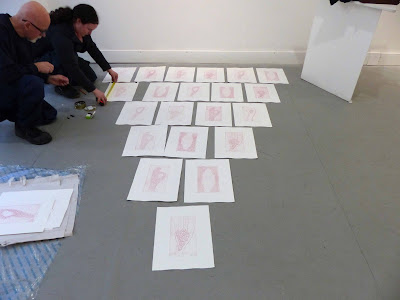 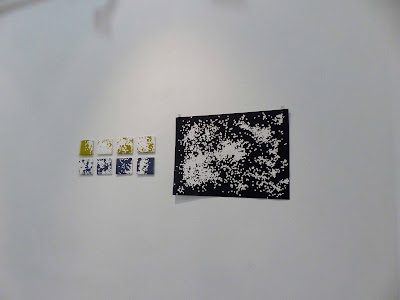 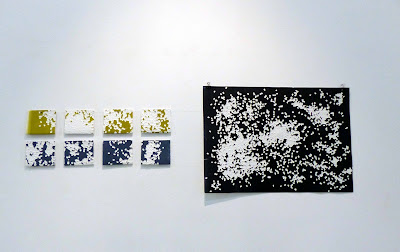 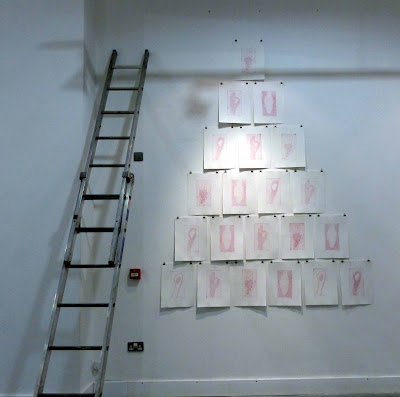 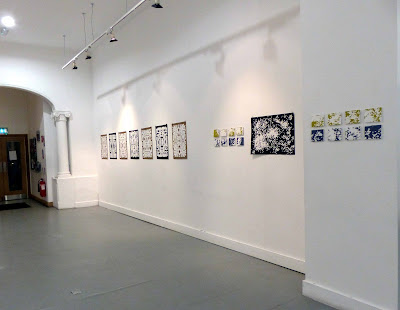 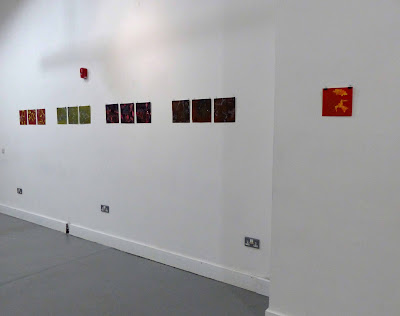 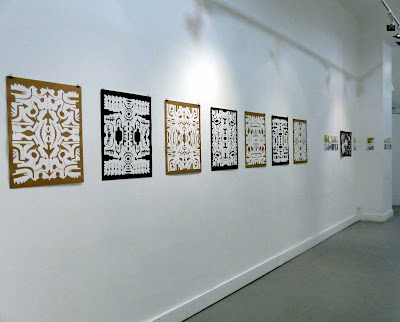 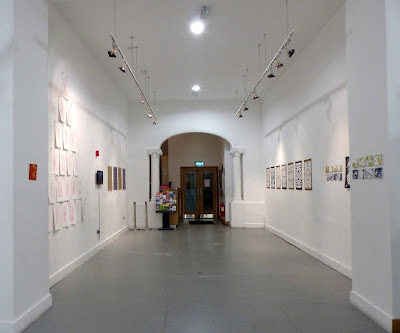 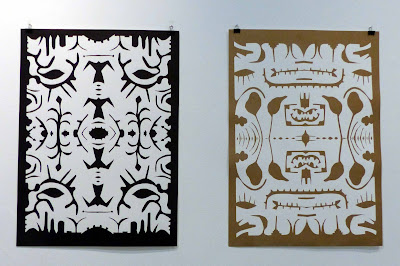 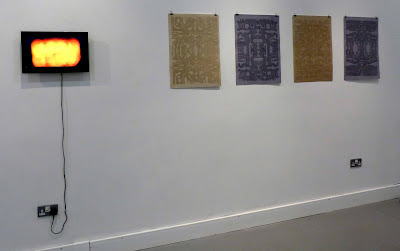 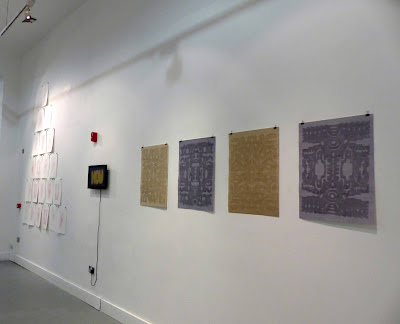 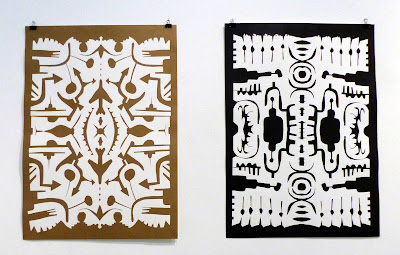 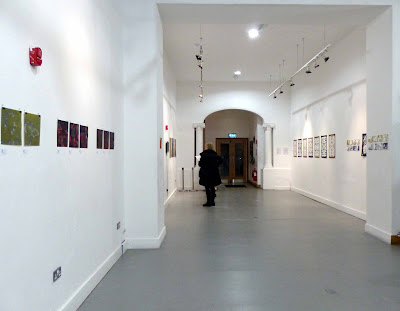 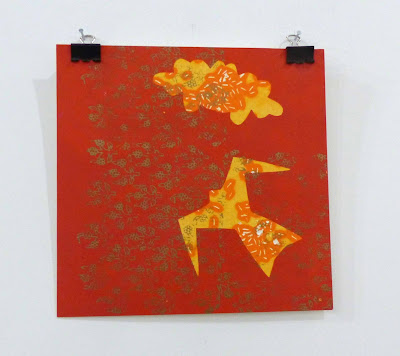 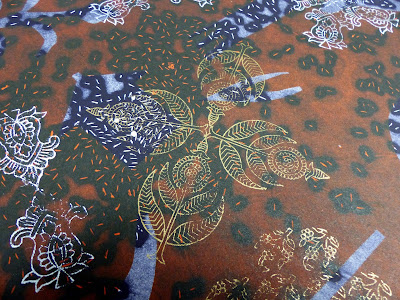 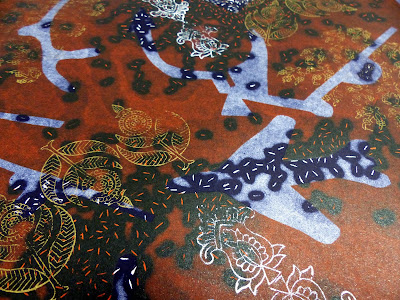 Shortly after moving to Waterford, I was in a charity shop in the small town of Kilmacthomas.  On the changing room floor I found a translation of the Upanishads; ancient Sanskrit texts, written between 800 BCE and 1400 CE, which form the basis of Hinduism and some aspects of Buddhism.  The incongruity of finding this book in so unlikely a place seemed like a contemporary version of something that might have happened in one of the stories in the book and so I bought it.


One of the key philosophies of the Upanishads is Oneness;  the deepest level of our being is the same as that of Brahman, the Absolute who creates and maintains the entire universe.   This connects us not only with the divine but also with everything else in existence from molecular to cosmic.  Separateness is an illusion which causes suffering.  The successive breaking down of the interconnectedness between ourselves and the universe we live in is having catastrophic effects upon individuals, societies, nations and the planet; reducing our humanity and estranging us from the wonder and variety of life that nourishes our spirits.  We become facsimiles of ourselves, driven this way and that, yet tethered.


Rather than prescriptive instructions, the Upanishads present a universal message, which pertains directly to global society, that only when we are reconnected with the universe through joy, love, meditation and contemplation do we achieve liberation.


The works in this show consider these ideas primarily through the mediums of intaglio and monoprinting.   Referencing Indian mudras (hand gestures performed as part of Hindu and Buddhist spiritual practice) and the ornate decoration found in Indian textiles and temples, there is a meditative aspect to these works both in their creation and contemplation.  Our spirits need a slow and quiet wandering to be able to form for ourselves the subtle, simple creations that will reconnect us to each other and the world in which we live.
Posted by Dawn West at 10:55 AM No comments: