Back with the ladies again

Back with the Vogue ladies - drawing and colouring in.  The colouring is the hard part. I can fully understand why artists use photoshop for colouring but for now, I'm trying to use it for ideas before working on the original.  I have a feeling I will ruin them with the colour - damn preciousness! 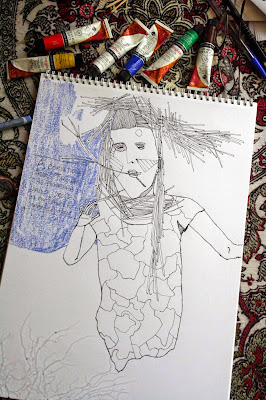 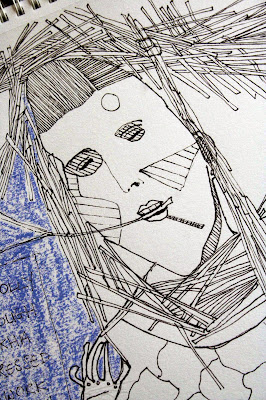 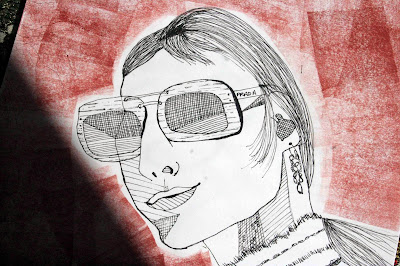 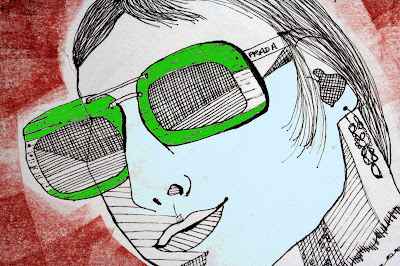 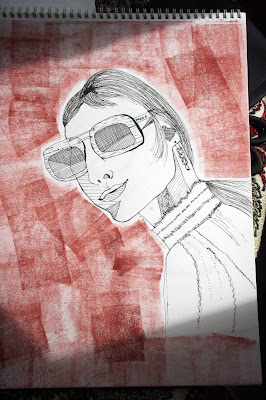 Back in March I did a two part regional art writing course with PaperVisualArt (PVA) at Visual in Carlow.  The exhibition we had to review was Cosmic Dust which was on at the time and this is my review.  I really enjoyed this show and as you can see, there is just about time to catch it if you are around Carlow.

Having failed to secure my own photos of this exhibition, I offer here the link for the Facebook page for this show.  This has the advantage that you can see a whole range of wonderful stuff - and mine as well.