﻿﻿﻿
I wrote the name of Nuala Clarke into my sketchbook ages ago and have just got around to looking at her work.  She is a painter, born in Dublin but now living and working in New York.  Her work is very clearly influenced by nature and the landscape or rather as it seems to me those fragments of it that catch your eye, fleeting random images that depend on the light or your position and which might be seen once and never seen again.

From 2008 to 2009, she made a series called One Thousand Worlds which was begun in the west of Ireland in a residency and continued in New York.  The piece consists of a thousand monotypes which have been modified by pen, pencil, ink or paint.  All of strongly evocative of the landscape, singly some are exquisite and together they are compelling.

Email ThisBlogThis!Share to TwitterShare to FacebookShare to Pinterest
So many photographs - here's what they are for:-

Name:  Dawn West
Date:  29.01.12
Conceptual Framework/Subject Matter:  An investigation into the traditional meadows of Ireland which are disappearing to be replaced with specially formulated perennial rye grass mixtures.  This is done to extend the grazing period for farmers, improve yields for silage and hay and increase the nutritional quality of the grass.
To replant the rye grass mixtures, the meadows are sprayed with a chemical mixture which kills all the original plant life, allowing the rye grass to grow without competition from what are known to the seed suppliers as ‘weed grasses’.  In doing this, the biodiversity of the original meadow is almost completely lost as typical rye grass mixtures consist of only three species (hybrid rye grass, perennial rye grass and white clover) whilst a traditional meadow might have a dozen native grass species as well as wild flowers and sedges.  The loss of biodiversity in plant life also has consequences for insect, bird and animal populations.  Additionally the seed mixtures used in these formulations often do not even contain native rye grasses but commercially bred strains which have ‘persistence’ i.e. can withstand natural reseeding by native grasses.
In Co. Limerick I live beside several fields which may still be called meadows.  To date, I have counted 52 plant species to be found in these meadows, not including hedgerow bushes and trees.  In areas such as North Kerry where intensive dairy farming takes place and rye grass mixtures are planted, the number of plant species might be as low as 10 – 15 in a similar sized area.
This leads me to consider the unseen destruction of the countryside that is taking place as farmers try to meet the demand to produce more food cheaply.   Agricultural land was noticeably lost to construction during the boom years but the loss of meadowland is an insidious threat that goes unnoticed - to most people a field of grass looks the same whether it has been reseeded using commercially developed ‘super grass’ mixtures or whether it is a natural meadow.
Imagine if our natural plant species never returned – what would this mean to us in terms of the look of our landscape, the loss of our historical, native species and the consequent effect on the fauna that depend on these species and even the loss of this ‘green pharmacy’ that was probably used by our ancestors over the centuries but is now largely forgotten as technology advances.  There is lastly the spiritual element – for me a walk through a meadow is like a walking meditation where one can lose oneself amongst the sheer amount of visual information.  In our denuded fields of green super grass is there the same nourishment of the spirit?
Posted by Dawn West at 8:47 PM No comments:

Some of the print trials I've done so far involve embossing plant material into the paper.  Photoshop has an emboss filter which gives fairly realistic-looking results.  I'll have to post some photos of the real thing for comparison.

Photoshop has the advantage of course that you can 'emboss' twigs, thistles and waterplants without Derek shouting at you in the print studio. 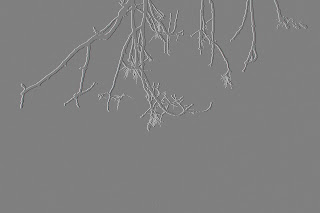 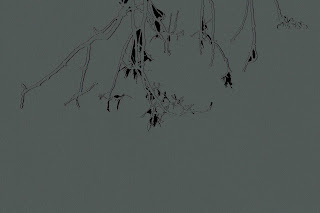 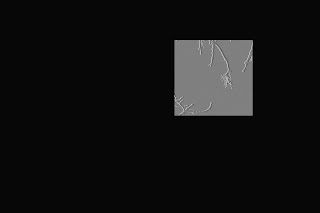 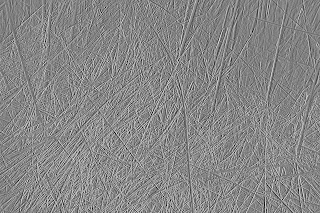 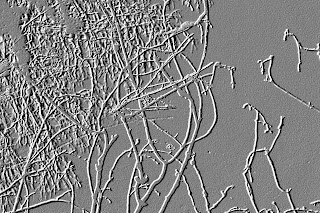 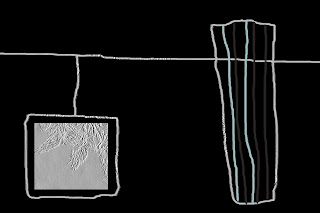 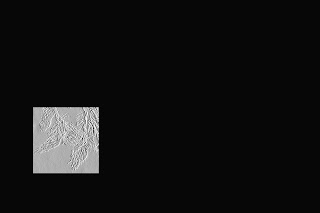 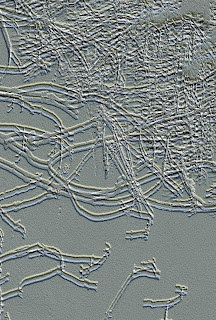 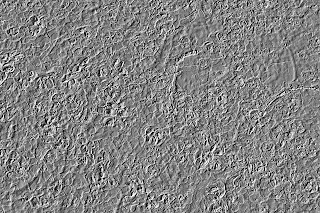 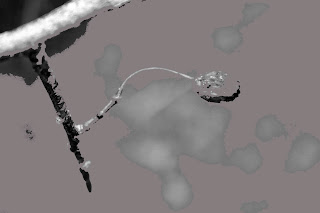 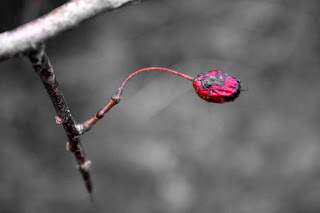 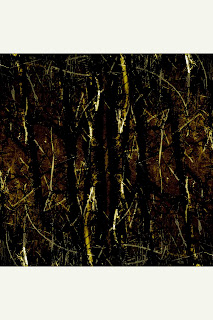 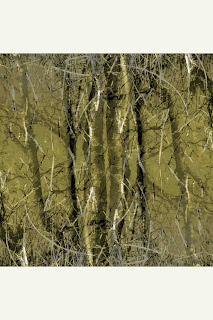 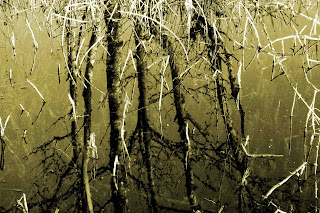