I lied.  The artist's book did not materialise at all.  I have realised now that my first one, two or three ideas are generally crap but it is only by working through them that I get to something that I am reasonably proud to put into the public domain.  So I started cutting out Russian bombers from paper - little ones, about 10 cm high.  It brought to mind paper planes and I soon had a lot of them.  Cutting out paper planes is very pleasing and seductive.  But what to do with them?

Then I remembered a necklace I saw in the Met (?) some years ago.  It was, I think, an Afghan war necklace, presented to Nancy Reagan and it was in gold with AK-47's hanging from it.  At the time I thought was an extraordinarily powerful and provocative present it was to give to the wife of the President of the USA.  So I tried to make my own war necklace with MiGs and bombers instead of guns.  In between the planes, I put some of the news reports from the BBC about the bombers being spotted over the UK.  There are 8 sections to be hung in tiers like a wide neck piece.  In a way it is still an artist's book as well - there is a narrative to it in 8 pages.  It is just unbound.

I only have photos of the planes as I was cutting them.  I'll have to get photos from the show later. 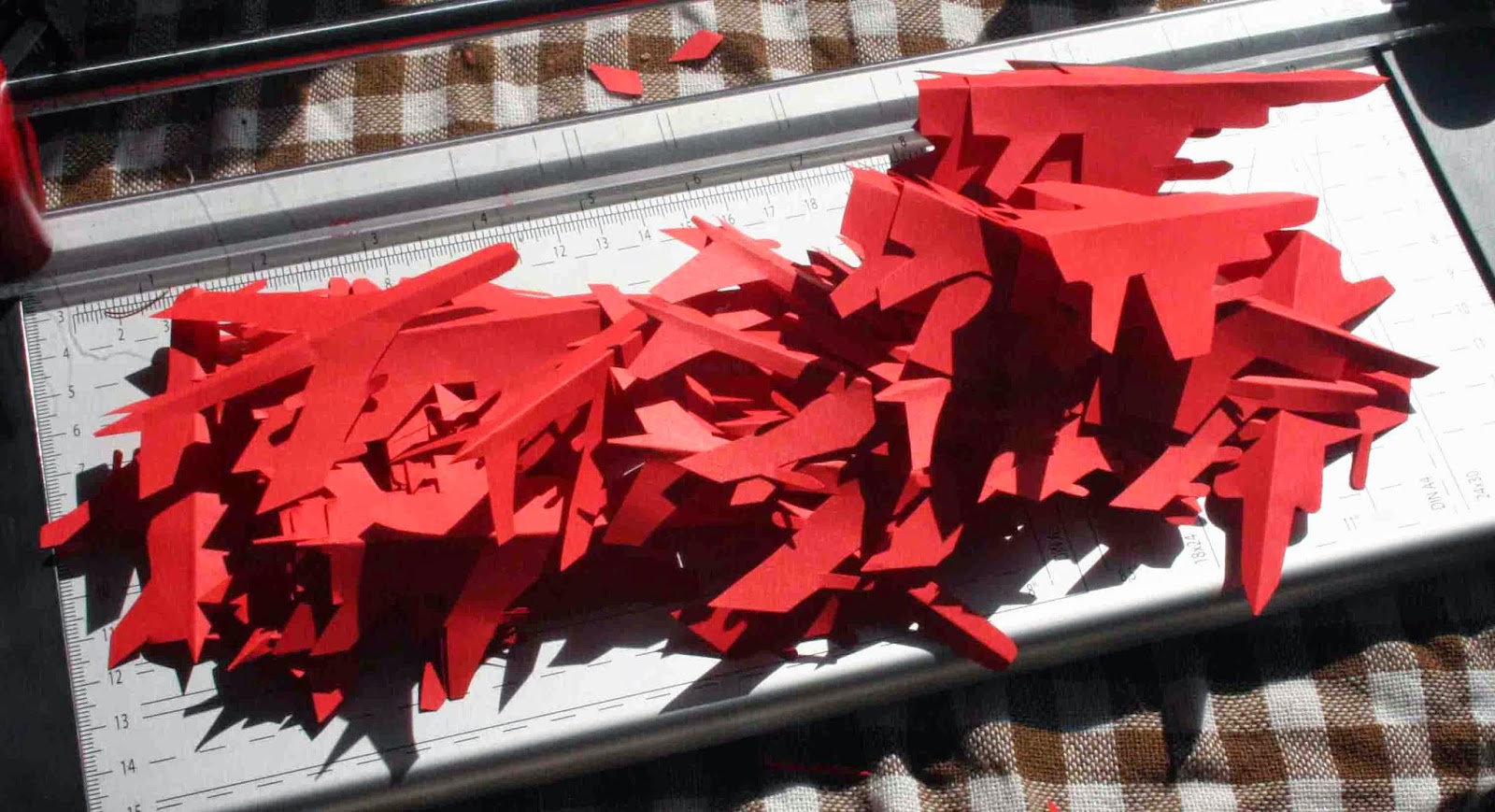 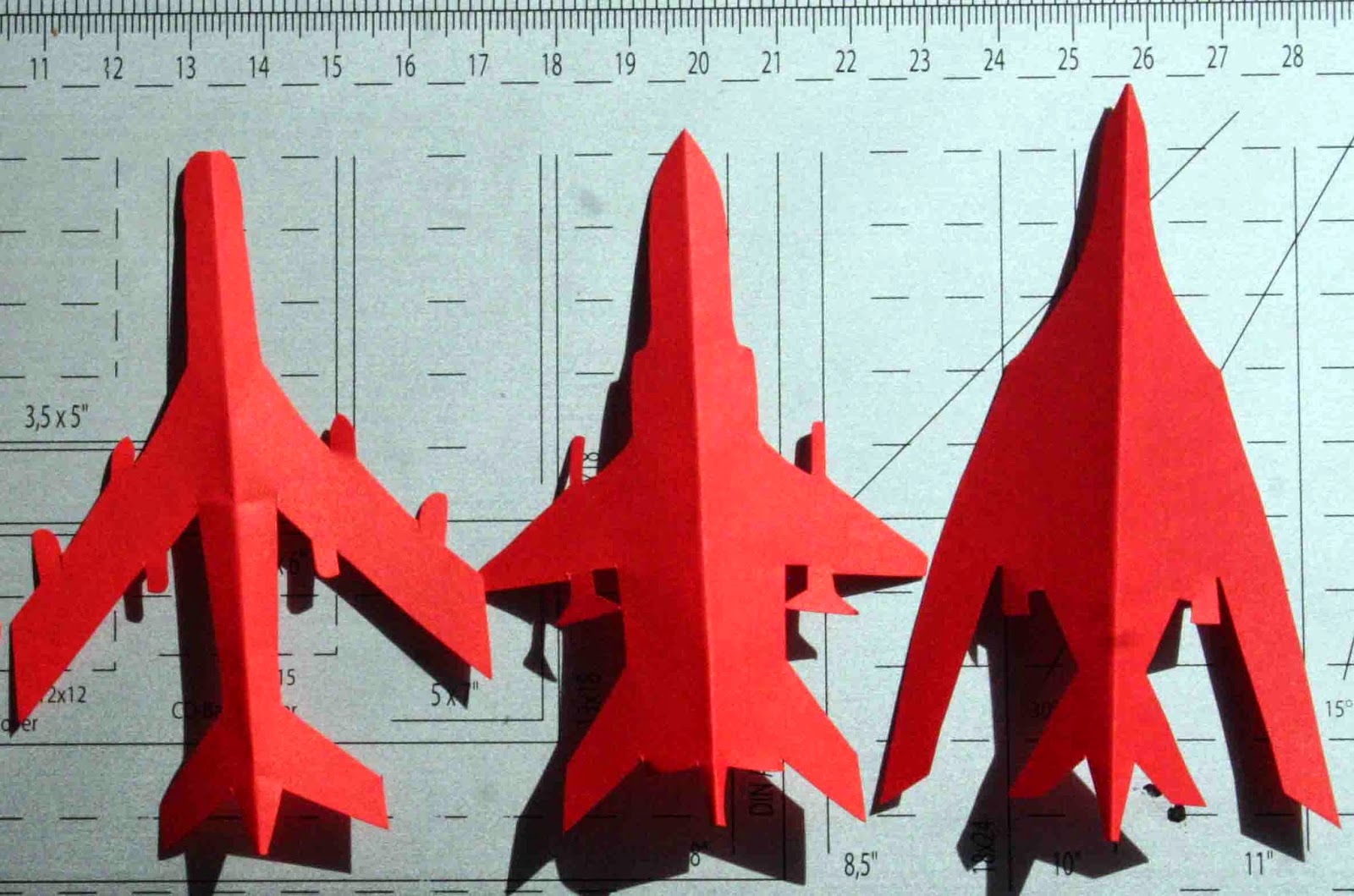