The Dog is Dead, Long Live the Dog 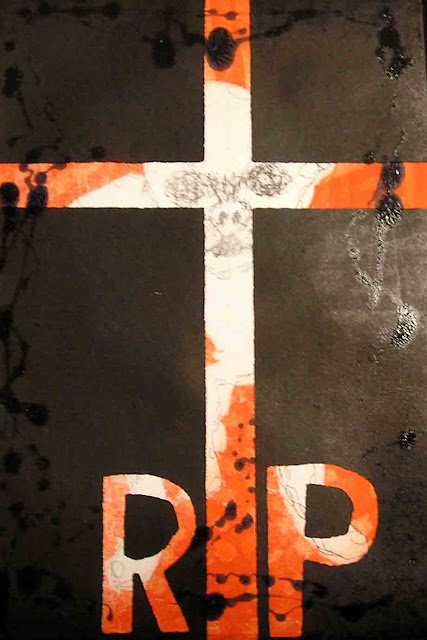 Sketchbook images made almost into works of art thanks to the god Adobe:- 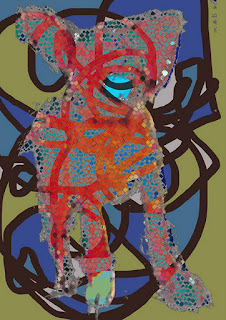 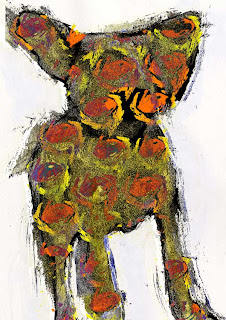 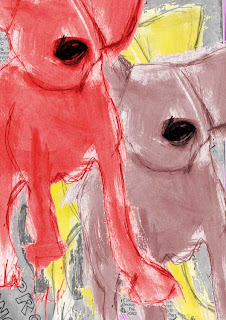 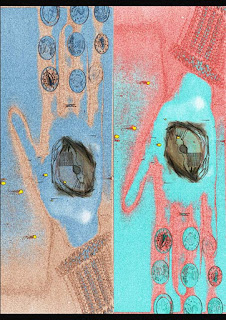 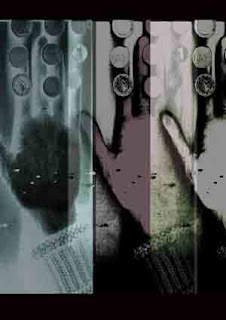 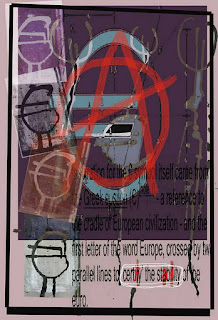 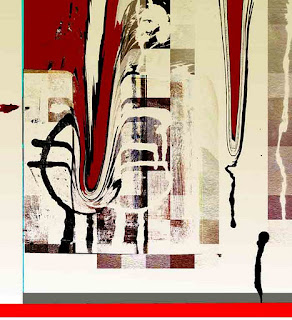 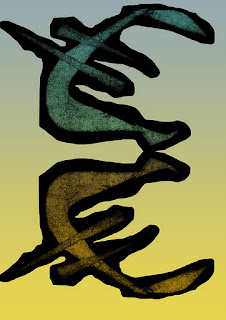 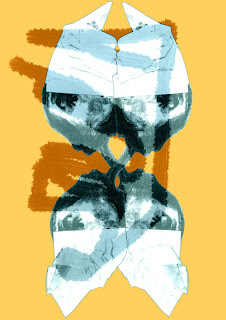 As part of my research into the Euro I visited both the European Central Bank and the European Commission websites.   They were both cringingly awkward and cheesy in the same way as those awful Euro pop songs.   Take this little gem from the EC website:-

Inspiration for the € symbol itself came from the Greek epsilon (Є) – a reference to the cradle of European civilisation – and the first letter of the word Europe, crossed by two parallel lines to ‘certify’ the stability of the euro.

Seems inappropriate that it's the Euro that will do for Greece after borrowing their history and culture in the first place for their poxy symbol.  The sentance about the two parallel lines certifying the 'stability' of the Euro cracks me up - obviously those two parallel lines just weren't up to the job.

On the ECB website you can play games such as trying to guess which country the Euro coin is from.  Hopefully in another six months there might be far fewer countries to choose from.

There are some truly horrendous videos about the Euro as well - even the titles give you a clue and sound horribly hollow in the light of recent events:-

You can count on the euro

The euro is a solid foundation for investment and growth.
Rocking the world stage

The world's biggest currencies - the dollar and the euro - play together on the global stage. The euro gives Europe and Europeans a stronger voice in the world.
Here are the links for the videos - they're also available on Youtube.  When you watch either of these, you can see why the Euro was doomed from the start.
http://ec.europa.eu/economy_finance/video/cartoon_en.htm
It was a relief to get to the relief printing.  There are fewer things I like more than spending several hours cutting out a woodblock - seriously.  The image I chose was from a sketchbook page scanned into Photoshop and altered. 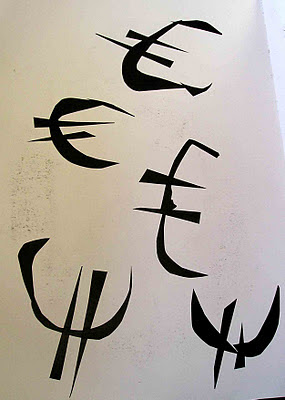 This was the page and whilst messing in Photoshop I got fed up of the whole process and scribbled across the image.  The Euros stayed visible but caught in the tangle of lines and I liked the spikiness and movement of the image so decided to use this for my woodblock.﻿ 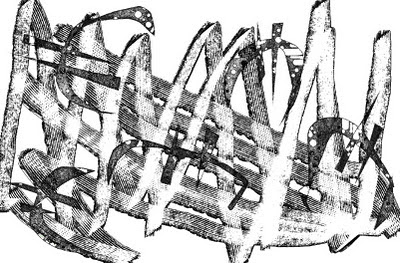 I cut the block and used the reduction method to print the image in the flag colours of Greece, Ireland and Germany. 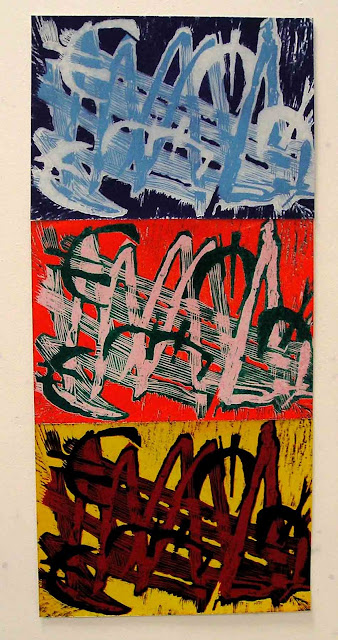 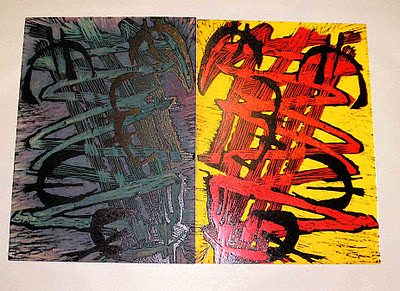 I'm unable to decide if the Euro symbol is overcoming the scribbles or vice versa - a bit like the present economic situation.  Will we do for the Euro or will the Euro do for us?  ﻿
﻿
﻿
Posted by Dawn West at 10:29 PM No comments:

For our second project we had the choice of Humor or Protest and the techniques of screenprinting and relief printing.  I chose Protest and decided to use the demise of the Euro and the Franco-German rescue-at-all-costs strategy as my subject matter.

This project started mid-November when Italy's cost of borrowing topped 7% which, we are told, is unsustainable.  The frenzy around the Euro that this generated was unbelievable.  The Euro currency became like a dying leader - health updates were given at every news bulletin with collapse and death seeming imminent.  But still the Euro persisted, hooked up to French and German life support, Sarkozy and Merkel on either side with the defibrillators at hand.

At first I was ambivalent about the potential collapse - our economy is linked to the life of the Euro and dire warnings were being issued about the future of the Irish economy if it should fail.  On the other hand I was scornful of a currency that had been in existence for less than 10 years and that was now failing in the face of the global economic crisis, that had been introduced across a diverse range of countries and economies in a sort of 'hope for the best' attitude by a European Union with, in my opinion, a far different agenda than that which is publicly stated.

When the Irish Government's budget proposals were leaked by the German Finance Department before the Irish people even knew about them, it brought home the level of European 'co-operation' that we are expected to tolerate.  At this point I ceased to care about the Euro, I was sick of all the news and speculation and measures being introduced and just hoped that the Euro would do the daycent thing and die a quick death.

Of course this will not be allowed.  Even were the Euro to fail, it's embalmed and powdered and artificially reanimated corpse would continue to overshadow our lives because the Euro is now the lever for closer European integration, read more control in our lives.  So with all this swimming around in my head I got going with screenprinting.

Screenprinting
I don't know that screenprinting will be my thang.  It seemed, well, too ...easy.  Gave me a lovely crayon, lithographic effect for my print though.

I was looking at the posters of Peter Pocs, a Hungarian graphic designer.  The posters he created around the fall of Communism in Hungary really caught my eye.  They have a direct, almost visceral message:- 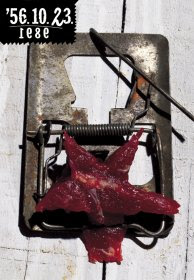 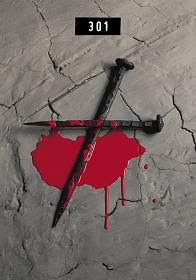 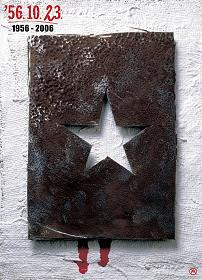 These political posters contributed to the fall of Communism in Hungary and as my sentiments were exactly the same regarding the Euro I decided upon a malevolent Euro image to try to have the same impact.  I also came across the phrase 'Tovarishi, Koniets!' which is Hungarian for 'Comrades, It's Over' again referring to Communism so used that also.

Whilst photocopying Euro banknotes (which everyone told me is illegal) I found a leftover half photocopy of a Kaethe Kollwitz print left behind at the copier.  The image was of Death and a Woman - a menacing and threatening image produced at a time when Europe was in a similar state of economic and social turmoil.  I folded a banknote in half and obscured the woman's face hoping to link the imagery of death and horror and the Euro into one.  And amazingly it seemed to work, a bit of 'blood' on the page and the God of the Accident had come to my aid again.  Hallelujah!
A bit of messing and then it came together:- 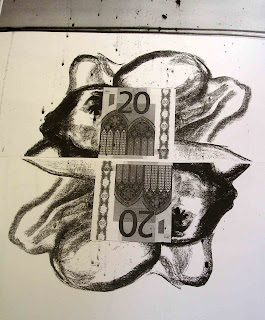 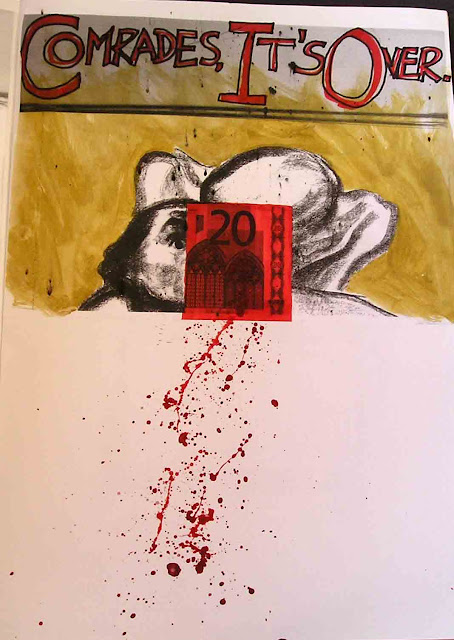 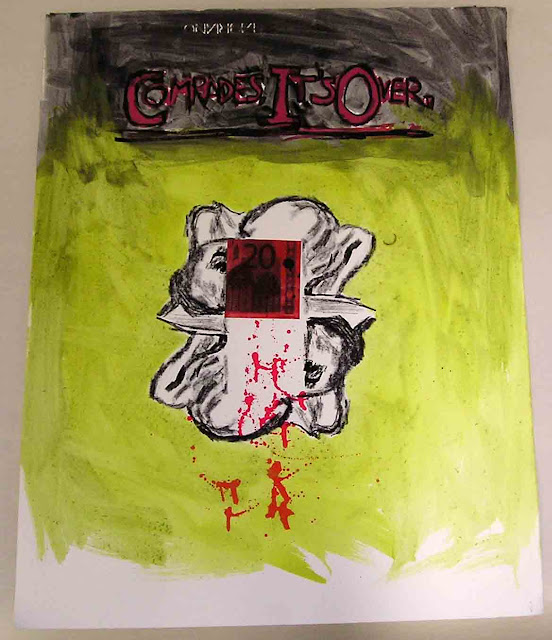 This is one of the screenprints which I later hand coloured using watercolour and Indian ink
These are the rest of the prints - I moved the screen around to duplicate the figures and the slogan:- 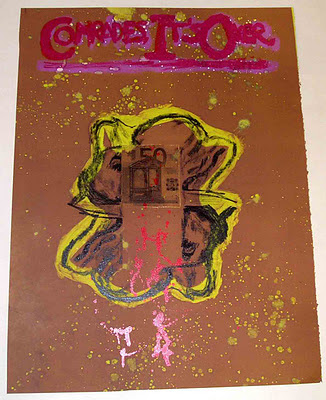 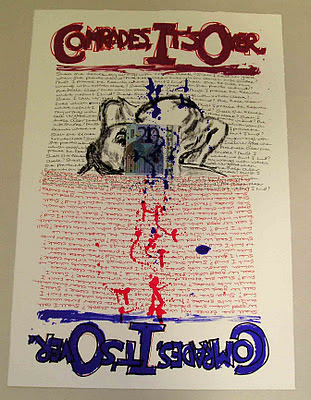 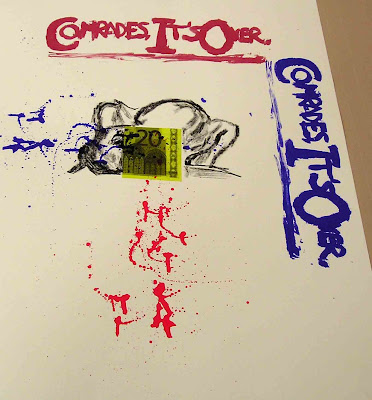 ﻿Screenprint
And then it was on to Relief Printing﻿ ...
Posted by Dawn West at 4:02 PM No comments: